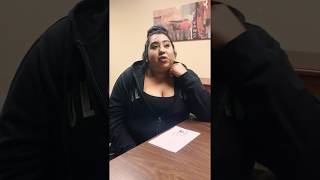 Like many other dreamers, Yari didn't know she was undocumented until she tried to apply for college. She heard about DACA, from a know-your-rights presentation that Mil Mujeres give at a community event. Despite the fear in the community because of the political environment, she decided to apply because of the opportunities for employment and education that DACA brings to their beneficiaries. Yari met our representative at the end of 2016 and apply for DACA in February 2017.

A Wonderful Story From Our Very First Client

She is a very special client. She was not only Mil Mujeres's first client, but she was the inspiration behind the MM project. about 17 years ago, She was forced to leave her country. Upon arrival to the United States, she applied for asylum based on gender violence. The case was taken by a group of law students that later will become the founders of Mil Mujeres. Unfortunately, her case was denied and she was forced to return to her country. After one year, she returned to the

Another Amazing and Empowering Story

Oriana recently got her employment authorization based on a U-visa. She suffered many years of physical & psychological violence by her partner. The last incident finally led to the arrest and deportation of her abuser. This work permit gives her the opportunity to get a better job and be financially independent to support her family. Oriana is happy and she looks forward to a better future.